President Trump agreed: “@CNN doesn’t want to speak about their persecution of General Michael Flynn & why they got the story so wrong. They, along with others, should pay a big price for what they have purposely done to this man & his family. They won’t even cover the big breaking news about this scam!”

“DIRTY COP JAMES COMEY GOT CAUGHT!,” he said of Comey.

“I must admit that Lyin’ Brian Williams is, while dumber than hell, quite a bit smarter than Fake News @CNN “anchorman” Don Lemon, the “dumbest man on television”. Then you have Psycho Joe “What Ever Happened To Your Girlfriend?” Scarborough, another of the low I.Q. individuals!

What happened to General Michael Flynn, a war hero, should never be allowed to happen to a citizen of the United States again!”

A spokesperson for CNN did not immediately return a request for comment.

Prior to that social media post, the president shared stories Wednesday evening from Fox News and the right-wing news website The Daily Caller reporting on a cache of FBI records unsealed earlier in the day by a federal judge. Those documents revealed new details about the origins of the bureau’s criminal case against Flynn.

The four pages of documents, provided to Flynn’s defense attorneys last week, have been seized upon by the president’s defenders and his allies in conservative media in a continued effort to paint the investigation of Flynn and the far-reaching Russia probe as an excessive, politically motivated ambush on the White House by federal law enforcement officers.

Flynn, who served as national security adviser for 24 days before being dismissed over inappropriate conversations he had with Russia’s ambassador to the U.S. during the presidential transition period before Trump’s inauguration.

“He was unfairly and unjustly targeted by ‘Deep State’ bureaucrats that clearly, with all the evidence now to prove it, wanted to take him down,” Fox News host Sean Hannity said of the Flynn revelations on his Wednesday night broadcast.

One page of handwritten notes contained in the documents — dated the same day Flynn was interviewed by the FBI on Jan. 24, 2017 — appears to show a debate about how forthcoming to be with the former general or others at the White House about the nature of the bureau’s investigation, warning that if “we’re seen as playing games, WH will be furious.”

The notes also reflect deliberation about whether confronting Flynn with a lie in real time would be helpful to the FBI’s investigation. “What is our goal? Truth/admission or to get him to lie, so we can prosecute him or get him fired?” the notes read.

Adam Schiff has been caught in America’s biggest lie.

#FLYNN docs just unsealed, including handwritten notes 1/24/2017 day of Flynn FBI interview. Transcript: “What is our goal? Truth/Admission or to get him to lie, so we can prosecute him or get him fired?” Read transcript notes, copy original just filed. @CBSNews 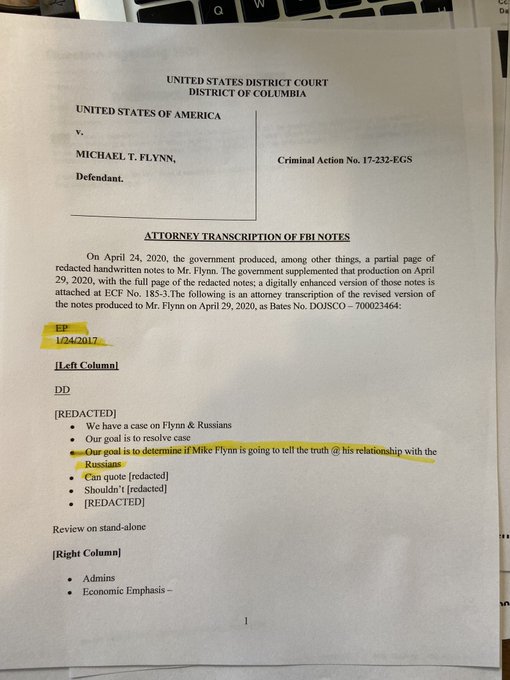 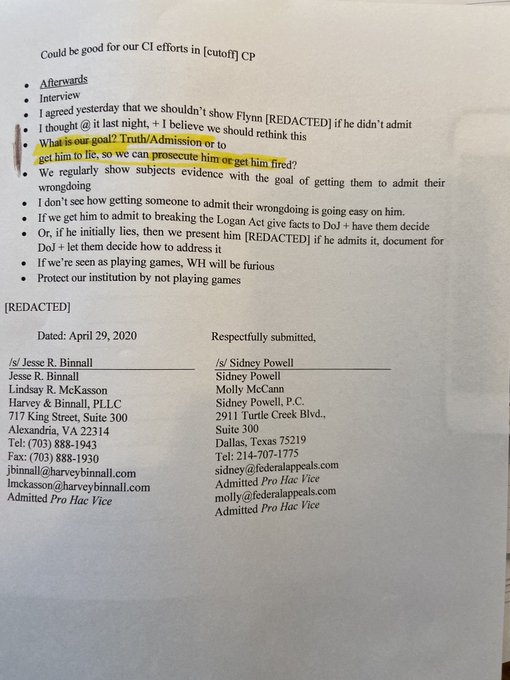 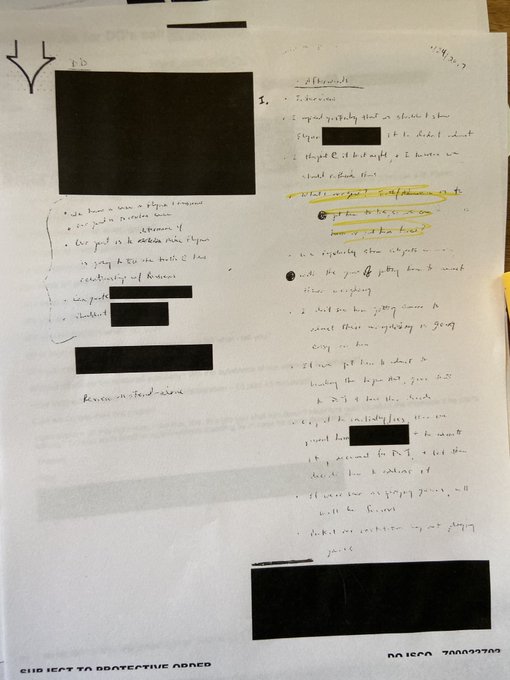 5,118 people are talking about this

This is egregious and unacceptable behavior. I believe ⁦@realDonaldTrump should pardon Gen. Flynn. ⁩ FBI official discussed trying to get Flynn to lie in interview, ‘get him fired,’ notes show | TheHill https://thehill.com/policy/national-security/495401-fbi-officials-discussed-trying-to-get-flynn-to-lie-in-interview-get …

428 people are talking about this